Everyone has a different need when it comes to tracking. The LEAP global tracker lets you use it the way YOU want to. Not how the tracker says it has to be done. This opens up so many possibilities, and lets the LEAP blend into your lifestyle in a personal way. 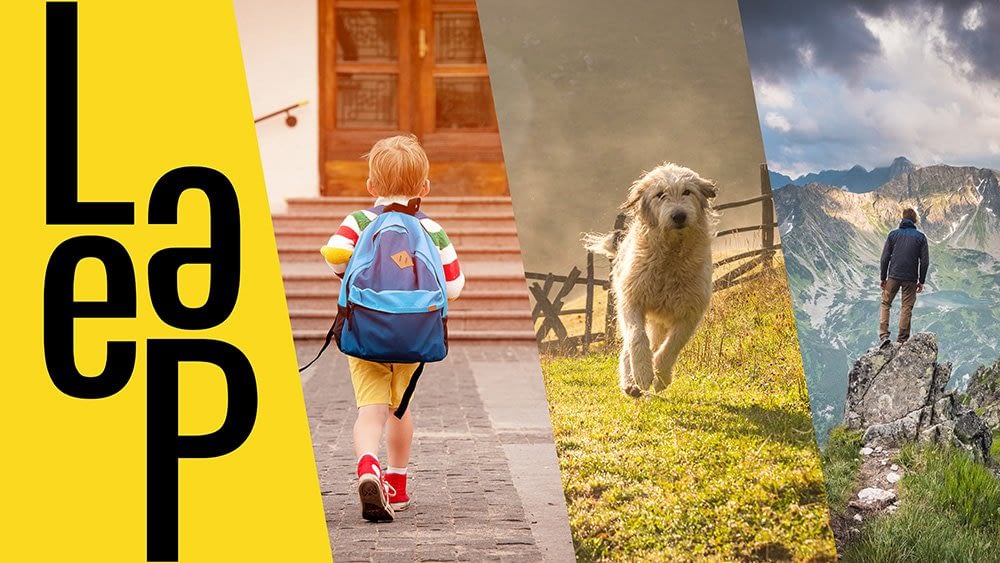 With 4 unique programmable personalities at your disposal, LEAP lets you customize your tracking so that it does exactly what you want it to. Here’s where the magic happens: these 4 personalities can be used simultaneously. To give you an idea of what’s possible:

No two dogs are the same

Tom just brought home a Beagle from the dog shelter, and she loves to wander out of the house and sometimes doesn’t come back. So he sets the Geofence personality on his LEAP to alert him when his dog ventures out, and also when she returns home. He also has the Activity personality set to show him exactly where his Beagle has wandered to. When Tom goes looking for his dog, the Proximity personality sends him an alert when he approaches her, even when she’s behind a wall.

In contrast, his neighbor Sarah lives with her aging Chihuahua who just wants to stay home, but Sarah sometimes worries about him when she goes to work. She sets the Activity personality on her LEAP to alert her when the old dog hasn’t moved for some time. On weekends, Sarah walks her dog and uses the same Activity personality to track how much exercise they both get.

Matt and Kayla live in LA with two young kids. Matt has the Geofence personality set up on each of his kids’ LEAP devices, so that both he and Kayla get alerts on their respective apps when their kids arrive in school, and when they leave. Using the Activity personality, they can also see exactly where their kids are on their journey. Their kids are also instructed on how to use the A-OK personality by double-tapping on their LEAP devices to alert their parents if they ever run into predators.

Meanwhile, Carlos and Imelda’s teenage son loves cars. His father uses the Activity personality, paired with their son’s LEAP device which is equipped with an accelerometer so that he knows if he is speeding. With the same Activity personality, Imelda also keeps tabs on her son’s whereabouts. She also uses the Geofence personality to get alerts if his road adventures take him off-limits.

Adventure has many names

Katie loves to scale mountains, and she travels all over the world for the next big challenge. On Everest, she would set the Geofence personality to alert her team at base camp when she enters the death zone where the danger increases greatly. This is so that her team would be on standby for help if she sends an emergency SOS alert using the A-OK personality on the LEAP. The team would track her journey in real time using the Activity personality.

On the other side of the world, Wong loves going camping with his wife. Both of them would carry their own personal LEAP device, and set the Proximity personality to pair their smartphone with their partner’s LEAP device, so that if they ever got separated, an alert would be sent to their family back home. As an additional safety precaution, they can use the A-OK personality to send emergency alerts back home if the need arises.

Allie is the sole caregiver of her aging father who has Alzheimer’s disease. She uses the Geofence personality paired with her father’s wrist-mounted LEAP device so that she knows when he wanders out of the house. She also encourages him to exercise, using the Activity personality to keep track of the number of steps he walks each day. Allie’s sister who lives in Paris also helps keep tabs on their father, using the LEAP app.

Jon is a hospital manager who has many elderly patients under his care. He relies on the Activity personality paired with the LEAP on individual patients to monitor their well-being, and get notified if any of them show unusually long periods of inactivity outside of nap hours, indicating that they may have suffered a stroke or heart attack. The same Activity personality is used to alert him if there is too much activity at night, when they should be sleeping. His patients can also send a distress signal by double-tapping on their LEAP, using the A-OK personality.

Flexibility Where You Need It

Find your own unique way to use the LEAP global tracker, because it’s meant to be personal. Practically limitless.

Thank you for your interest in Innowave’s IoT solutions.
Please complete the following form and we’ll be in touch as soon as possible to help with your query.
Are all GPS trackers the same? We think not.

When the going gets tough, you can count on your LEAP
Scroll to top

This site uses cookies. By continuing to browse the site, you are agreeing to our use of cookies.

We may request cookies to be set on your device. We use cookies to let us know when you visit our websites, how you interact with us, to enrich your user experience, and to customize your relationship with our website.

Click on the different category headings to find out more. You can also change some of your preferences. Note that blocking some types of cookies may impact your experience on our websites and the services we are able to offer.

These cookies are strictly necessary to provide you with services available through our website and to use some of its features.

Because these cookies are strictly necessary to deliver the website, refuseing them will have impact how our site functions. You always can block or delete cookies by changing your browser settings and force blocking all cookies on this website. But this will always prompt you to accept/refuse cookies when revisiting our site.

We fully respect if you want to refuse cookies but to avoid asking you again and again kindly allow us to store a cookie for that. You are free to opt out any time or opt in for other cookies to get a better experience. If you refuse cookies we will remove all set cookies in our domain.

We provide you with a list of stored cookies on your computer in our domain so you can check what we stored. Due to security reasons we are not able to show or modify cookies from other domains. You can check these in your browser security settings.

These cookies collect information that is used either in aggregate form to help us understand how our website is being used or how effective our marketing campaigns are, or to help us customize our website and application for you in order to enhance your experience.

If you do not want that we track your visit to our site you can disable tracking in your browser here:

We also use different external services like Google Webfonts, Google Maps, and external Video providers. Since these providers may collect personal data like your IP address we allow you to block them here. Please be aware that this might heavily reduce the functionality and appearance of our site. Changes will take effect once you reload the page.

The following cookies are also needed - You can choose if you want to allow them: